Kate and Will joined Harry, Charles, Camilla, Prince Phillip and Queen Elizabeth on the Royal Barge for The Thames Pageant.  The barge was joined by over 1000 other vessels for the celebratory trip down the river. 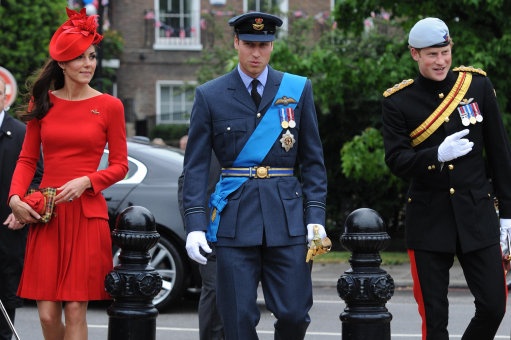 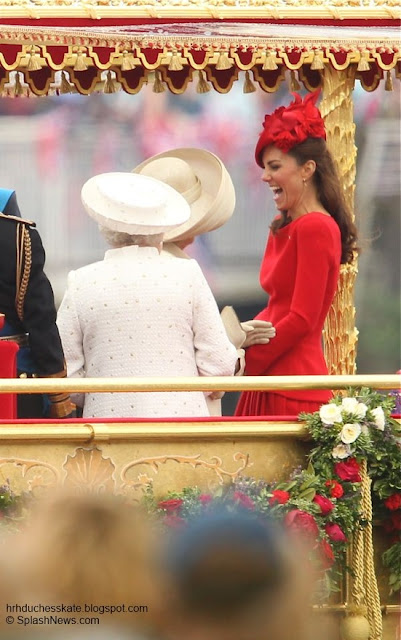 The seven Royals sailing on the Barge represent the core members, present and future, of the British monarchy. 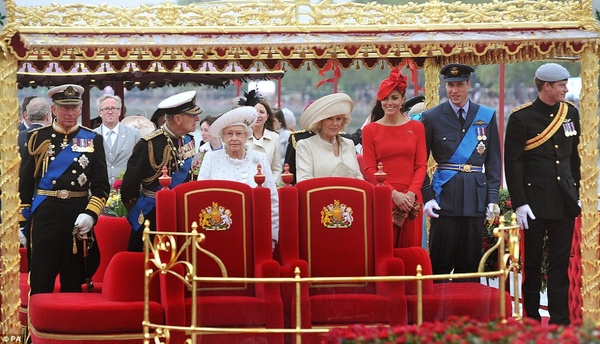 Kate wore a pleated Alexander McQueen skirt dress, and a red Sylvia Fletcher hat.  She was also carrying a tartan scarf which was a nod to her Scottish title - Countess of Strathearn. 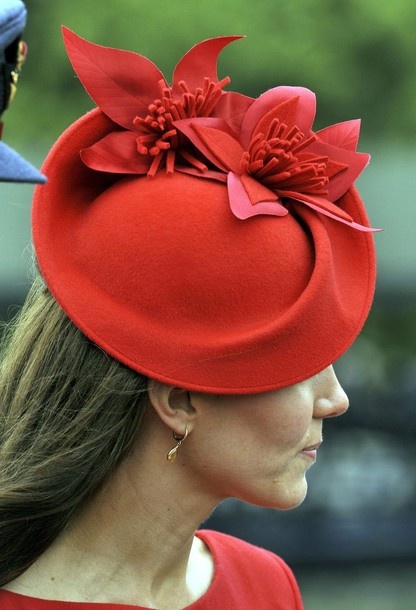 She looks stunning and Harry and Will are hot in their uniforms.

Doesn't Will look gorgeous - wish he'd worn that to the wedding