Will and Kate attended a dinner hosted by the Thirty Club at Claridge's Hotel in London.
Kate's dress is called the Lombard Dress (named for the divine Carole Lombard) and designed by Roland Mouret.
According to 'Strictly Kate' - This was a members only event with some of the world's most powerful media people in attendance. The monthly event  allows key players in the industry to network and seal deals. Prince William was the guest speaker. 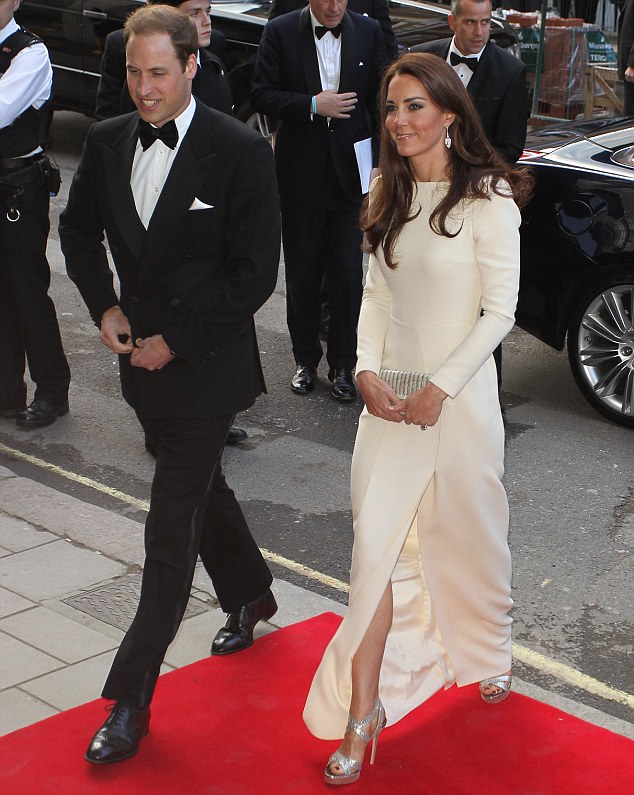 Loving the shoes. Can't go passed a good pair of Jimmy Choos - not that I could ever afford them. :)

I agree Kell, Aren't they gorgeous!

Kate is eye-candy enough for me!