Surfer Boy is doing all the cabinetry in the house and for the past week he's been working on the kitchen and bathroom cabinets.  We roughed out the design for the kitchen together and then he wove his Surfer Boy magic and turned our scribbles into proper mathematical plans that actually fitted.  He then took these plans to a wonderful company called Kitchenbox.  These guys turn your plans into reality - in our case we gave them our specifications and chose our finishes and they produced our kitchen in lots of lovely pieces that Surfer Boy is now putting together in to what will hopefully be a fabulous bank of soft-close drawers and cupboards. (oh and doing it this way costs about a third of what a Kitchen Company would charge) 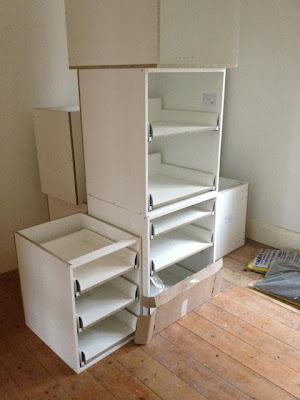 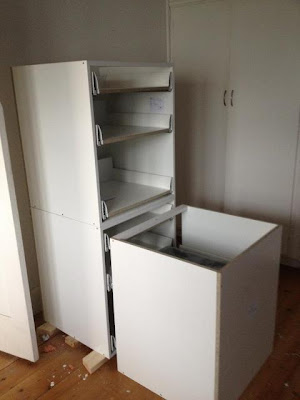 I keep teasing him about his 'Ikea' kitchen and checking to make sure he has his elan keys with him which is driving him bonkers.  These are 'real' cabinets apparently.  They don't look like much now but I have every faith that soon they will evolve in to an interior delight.  It's bizarre as a lot of the decisions were made so long ago that I have no memory of details.  A friend asked me what finish our cupboards were - vinyl wrap, laminate etc - and I honestly have no idea.  I am assuming that when I made the decision I was happy so I'll just keep my fingers crossed.  I do know they are white, which really shouldn't be a surprise.  Neither of us remember ordering soft-close but what the hell, we'll take it as a bonus. 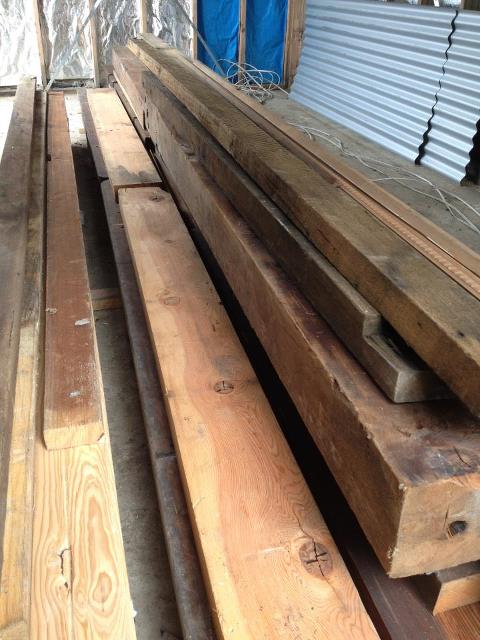 We've now moved on to thinking about the top of the Island bench which will be timber.  It's rather large for an island as it is 1200 x 3000 and I opted not to put a sink in it so it is rather a glorious expanse of bench top.Yesterday we went through S.B.'s stash of reclaimed timbers and chose some beautiful lengths that will now become our bench.  We are using oregon beams that began their life in a wool mill in Collingwood, Melbourne.  This Mill became 'The Mill Rockclimbing Gym' in the 90's and as such was quite a big part of our lives back then.  S.B. and I used to go there once a week with friends to climb and it holds strong memories for me of our early dating days.  I'm thrilled that once again a major part of our home will have strong associations for us. 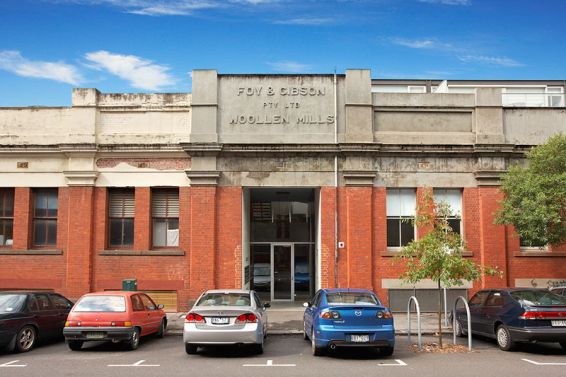 The Foy and Gibson Wool Mill began it's life in 1895 and we were rock climbing in it exactly 100 years later - how amazing.  It also makes me wonder just how old our oregon is!  Below is a photo taken in 1921 with the trucks lined up ready for the Toy Fair. 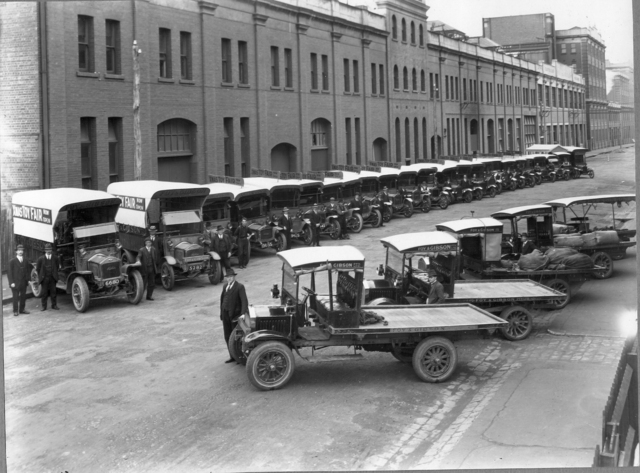 Just love reading your blog and keeping up to date with everything. Kitchen sounds great. You two are amazing with your creative and constructive flair/s. Can't wait to see the finished product. Hope all well and happy and WARM! Believe winter has come.

Unknown said...
This comment has been removed by a blog administrator.
Tuesday, 22 May, 2012