Today The Duke and Duchess began their second Royal Tour as representatives of the Queen in this Jubilee year.  The South-East Asia Tour began in Singapore with Will and Kate touching down this afternoon our time. Their first official engagement was at the National Orchid Garden at the Botanic Gardens where  they had an orchid named in their honour. 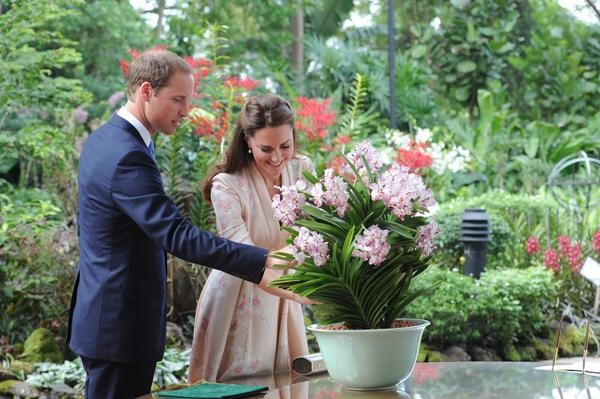 This was also a special moment for William as his Mum had an orchid named after her but tragically died before seeing it.  He was able to view the orchid today for the first time. 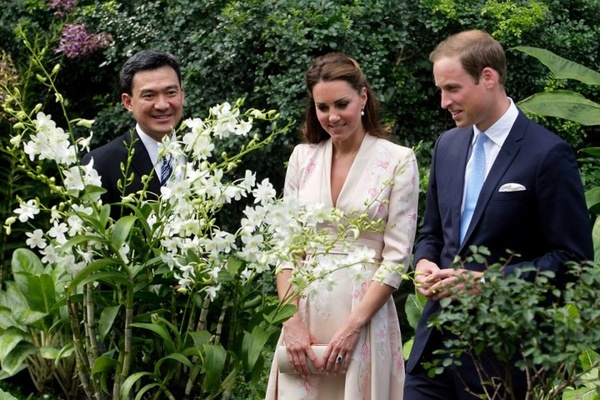 This tour will last 9 days and will include Malaysia, The Solomon Islands and Tuvalu.  Brace yourself for another onslaught of 'Princess Watch'.

Kate is wearing - Jenny Packham designed dress specifically made for the occasion and featuring orchids on the fabric.