We are finally back in!  It has been an epic adventure which some days didn't ever look like ending, but now looking back it also went by in the blink of an eye.  I realised how long it had been when the kids were less than thrilled to get back home.  At the ages of 8 and 10 a year is a long time and the prospect of leaving the lovely clean, neat house in Port Melbourne to move back in to a dusty, partially completed house that is full of packing boxes was not greeted which much enthusiasm.
I can't really blame them although their forced cheer did little to alleviate the sheer drudgery of moving. 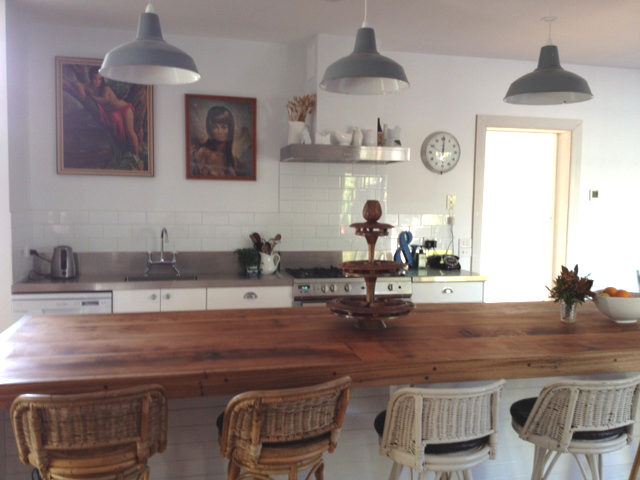 I finally completed the cleaning of the Port Melbourne house on the weekend so can now concerntrate fully on our place - although how the hell we fitted soooo much stuff in a home half the size is completely beyond me.  Especailly considering a lot of culling was done when we moved and is still going on as we open box upon box of stuff we really could do without. 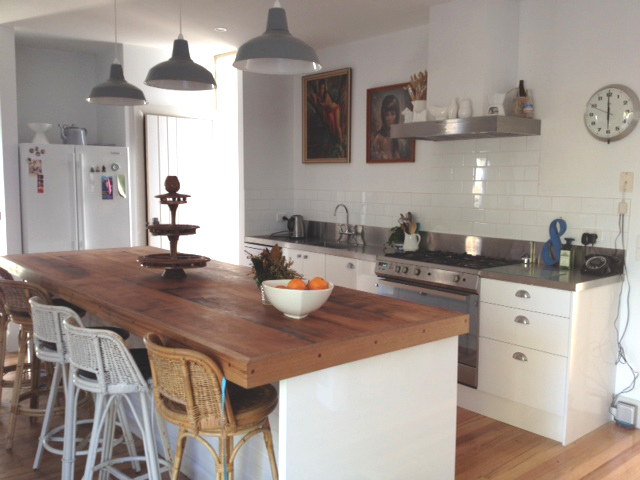 So far I have managed to partially set up the kids rooms (although Gidget did most of hers - and Moondoggie did nothing!) and the kitchen is functioning nicely.  I figure if I can keep a couple of areas in some semblance of order than I will not go completely mental.
Yesterday we even managed to hang a couple of pictures which has made it seem much more like home.  The Ladies have found a new home in the kitchen, very pleased to be out of the hallway and where the action is.
There is still a shelf to go up under the Ladies which should happen in the next couple of days but essentially the kitchen is completed. 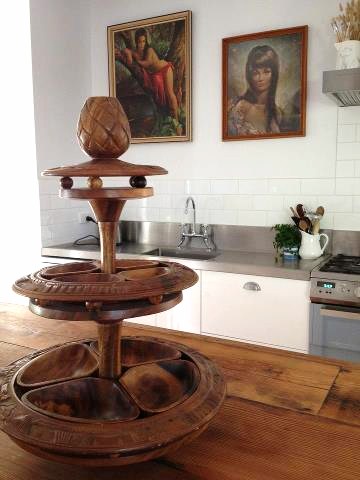 Every so often Surfer Boy and I look at each other and grin like loons  - finally we are back home where we belong.
Posted by JK at 4:58 pm

I will send this to Mary (tap). OK? Looks great.

Can you believe it is finally livable?

I remember those pictures from when I was a kid. We had one that was a bit more revealing and we named her Vanessa (as in undresser!) When my mum's cousin Nola the nun came to visit we used to hide her under the bed! Thanks for the memories...your kitchen looks fab!

Looks fantastic. Well done. Excited to pop over for a cuppa some time soon. x

Great job on garden. Won't be anything left for me to do!
The clock! Where from? Looks good.

Well done you survived a renovation!! Do not do what the rest of of us did sell up &
move 3 months after completion. Your kitchen looks truly magazine worthy look forward to seeing the rest of your rooms!!!

Its almost Rumball season can not believe it is September already. Going Christmat shopping next week.

Hope you and gang are all well
Cheers
Keddie

It is hard to have renovation when you have plenty of furniture to move.