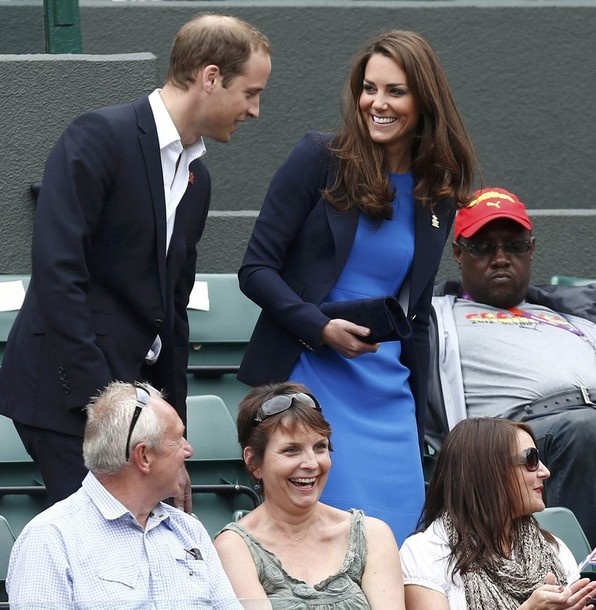 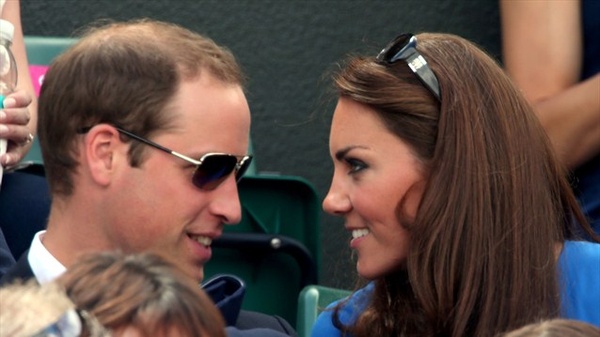 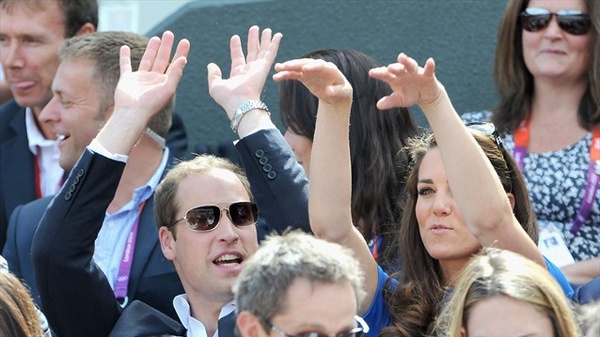 Will and Kate went to Wimbledon to support Andy Murray and they had a ball joining in on multiple Mexican waves.
Kate wore her Stella McCartney dress and Smythe blazer.

LONDON – The Duke and Duchess of Cambridge, aka Prince William and his wife Kate, surprised fans at the Olympic Games tennis tournament at Wimbledon by sitting in the cheap seats on Thursday.
The royal pair… decided to shun the VIP seating available to them in favor of a regular spot in the stands while watching Great Britain’s Andy Murray play Nicolas Almagro of Spain.
William and Kate would have been eligible to sit in Center Court’s Royal Box, which is reserved for special visitors to the All England Club. But as Murray was playing his quarterfinal on Court One, they instead opted for a normal pair of seats to the left of the players’ box.