Come Skate With Me 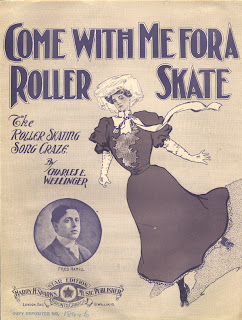 I'm feeling the need to don my skates, it has been too long and I'm having withdrawals. I found these fabulous skating posters a while ago and am contemplating framing them. I particularly love the 'Naked On Skates'! You'll be very pleased to know that I will NEVER do that! 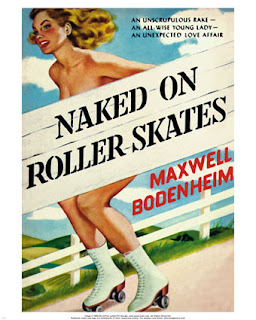 There is relief ahead though. 'WHIP IT' is coming to a theatre near you and you had better believe that I will be there - with my skates!!! There will definitely be some skating mayhem after the movie so stay out of Yarraville for a couple of weeks.
. 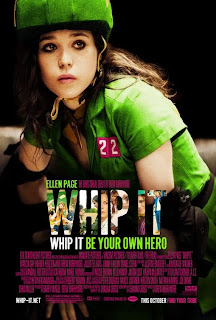 In case you have no idea what I am talking about - 'Whip It' is Drew Barrymore's directorial debut and stars such delights as Ellen Page (Juno) Drew herself, and Juliette Lewis.
In Bodeen, Texas, an indie-rock loving misfit finds a way of dealing with her small-town misery after she discovers a roller derby league in nearby Austin.
I can not wait - I haven't been this excited about a movie in forever.
Posted by JK at 11:18 pm