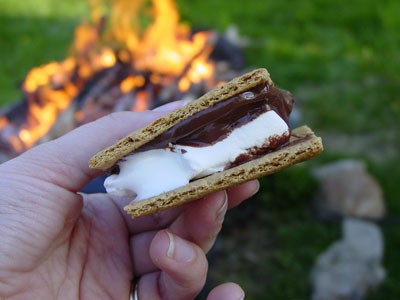 Ever since Dax Shepard told me how to make S'mores I have been dying to try them.  I don't think I can wait until the next time we camp - so this weekend we're going to make them at home.

According to Dax - Toast marshmallows over a campfire and place them on a graham cracker with a piece of chocolate. Take a second graham cracker and mash it on top to complete the s'mores. Be careful, toasted marshmallows will have very hot centers.

Apparently there are dozens of variations on the theme but first up I want to try the original before moving on to more glamourous versions.  Besides, if it's OK by Dax, it's OK by me! 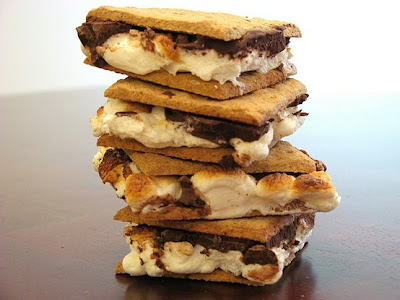 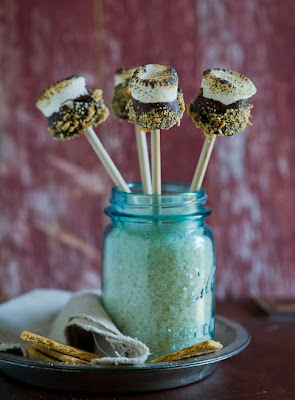 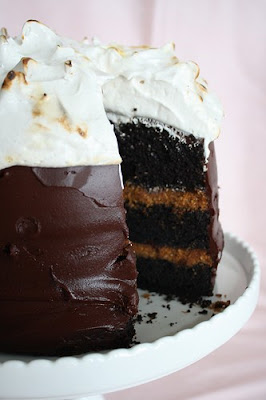 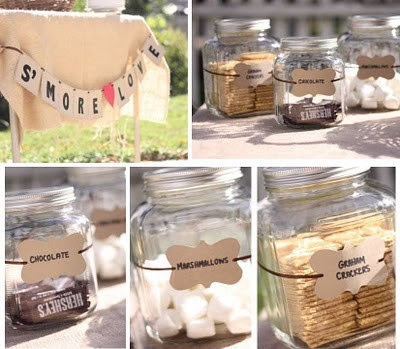 and a s'mores party!

P.S. - Graham Crakers-  Apparently Digestives is the closest for those of us in Australia.
Posted by JK at 1:57 pm

we're not campers...but this looks delicious!

ok but what is the aussie version of graham crackers ??

You can buy graham crackers here.http://www.usafoods.com.au/store/search.php?skey=graham+crackers&cat=-1&type=SEARCH
A bit pricey though, but if you want to try the real thing then I guess there's no substitute. Also, Target sells campfire marshmallows. They're big and white and don't have the powdery cornflour all over them.