We had our ute stolen a few weeks before we moved house - I know, right!  Good timing. - It also happened to be the ute that has my business name plastered all over it.  Go figure.  If I was that way inclined I certainly wouldn't be stealing a fairly beat up ute with CHALK emblazoned on the sides.  Makes you a little easier to spot I would have thought.  Anyway.... we have waited 9 weeks in the hope that it would show up but so far nothing.  It may be time to come to terms with the loss and start looking around for another car.
Surfer Boy wants exactly what he had - a Toyota Hilux.
I, on the other hand have different ideas, and they may not be what you'd imagine.  I want a Ford Bronco! 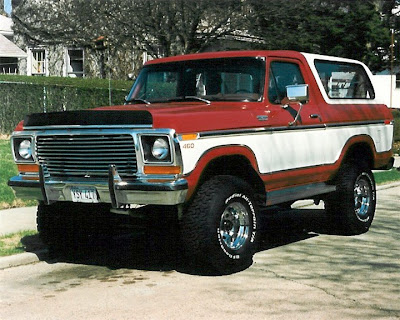 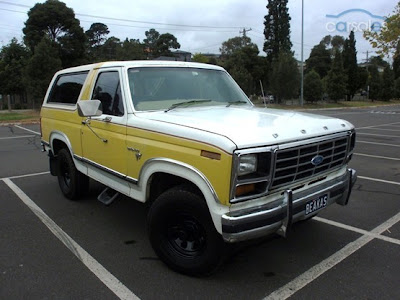 Preferrably a late 70's/early 80's model, 2 tone if possible.  And I know what you're thinking because it's what Surfer Boy tells me all the time - 'what a bogan car!'  I completely disagree and firmly believe that (with the addition of a set of steer horns on the front) it is one kick arse ride. 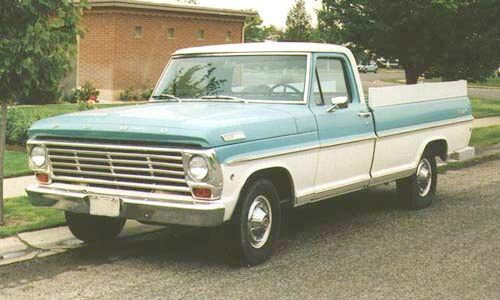 My other auto love is an F100 - which to Surfer Boy's horror is almost as bogan as the Bronco - and I believe I could have swayed him except for the fact that it doesn't fit all four of us in it.  So it's goodbye to the F100, but not the Bronco!

I eventually got my way with the caravan so I haven't lost hope yet.  Besides, once he sees this one I'm sure he'll be won over!  Wish me luck.

gosh, thats terrible. I'll let you know if I see it drive by my studio window.