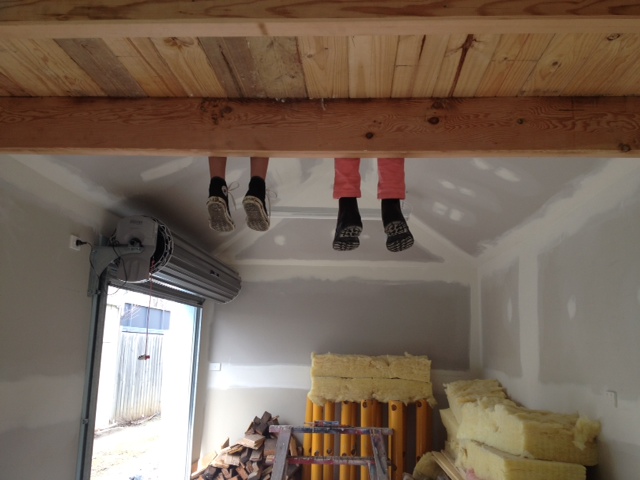 The renovation has been going on for so long in the short lives of my children that the novelty of visiting has completely worn off.  The standard refrain at out place is 'Ooooh we don't have to go to the house do we?'
On Sunday we got the same reaction but this time instead of wandering around asking when we were leaving they DISCOVERED A CUBBY!!! 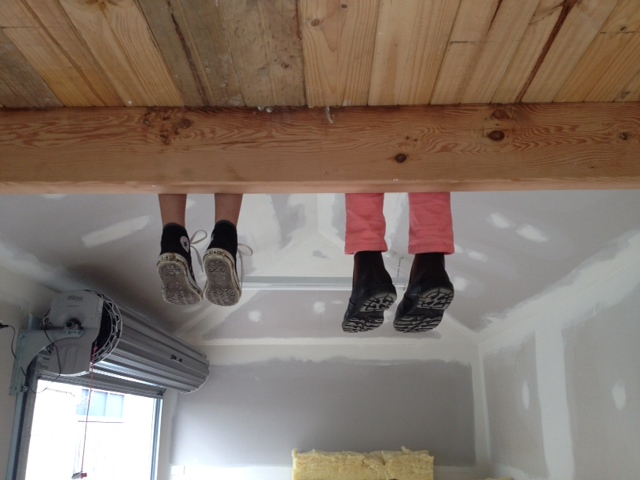 I was called from inside and told to find them, I followed the giggles and was most surprised to hear their chuckles coming from the ceiling of the shed.  It turns our Surfer Boy has built himself a mezzanine for storage and there I found my kids.
When I went back later they were sitting there swinging their legs and discussing their new HQ. 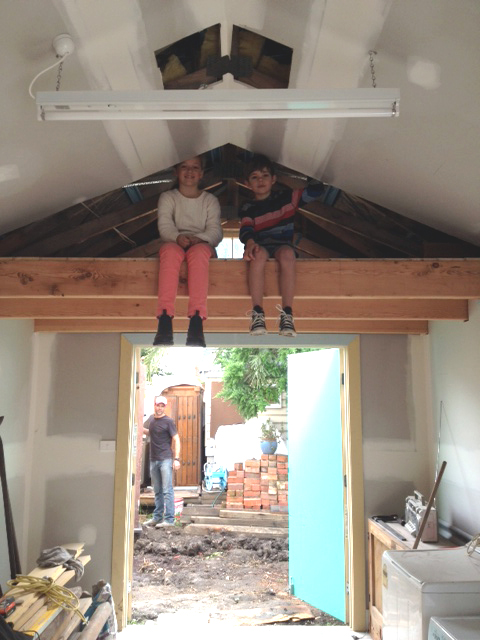 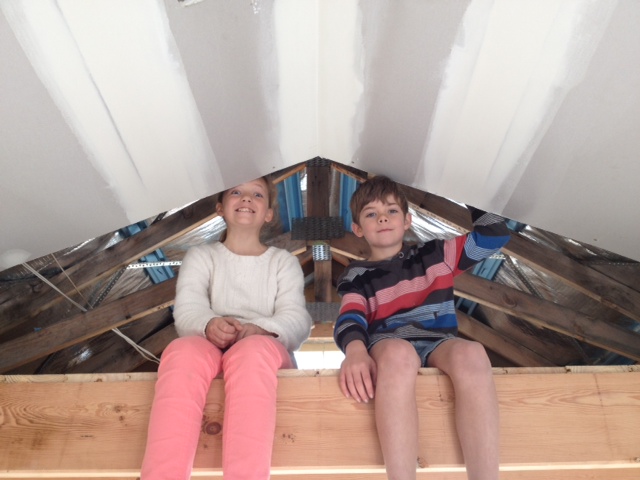 By the end of our visit they had rigged up a rope system to get up there and had decorated with various objects from the first load of boxes we'd brought over.
Unfortunately by that time I was too tired to contemplate getting up there to take photos so you'll just have to use your imaginations.  The whole house is like a magical cubby for me so I was so glad they had found their own - looks like S.B. will have to find another storage spot until the novelty has worn off. 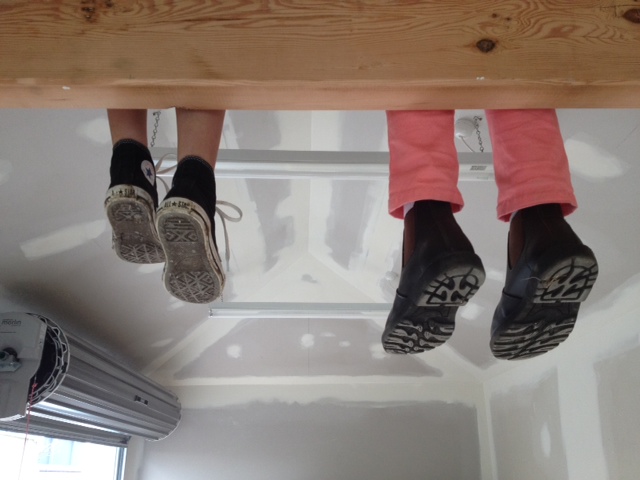 Can imagine their joy! What fun!