Yes It's Me - Scars and All 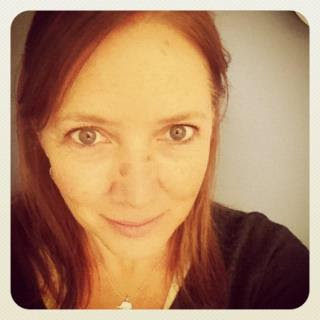 It's not often that I make an appearence on the blog but there is a reason behind this photo.
Yesterday I finally took out my head, which had been firmly wedged in the sand, and went for a FULL BODY SKIN CANCER CHECK!  (Yes Mum, I can hear you clapping from here)

Being a child of the 70's and a teen of the 80's you can imagine how much inappropriate sun exposure my poor body got - even for that time I was addicted to my suntan and it was with great trepidation that I showed up at the doctors and stripped off for his camera.

That bloody camera showed up every single mark on my entire body and believe me it was not a pretty sight - I saw in close-up areas of my body I haven't seen in years.

To cut a long appointment short, I have masses of sun damage which was totally to be expected but fabulously I have nothing sinister on my body.  My face was a different matter and although not dangerous, I had 5 areas frozen as a precaution.  My Mum will be nodding at this stage as she has had numerous procedures to almost identical areas of her face and the hope is that with maintenence I will not have to endure the procedures she has had to put up with.

So, today I look a little like I have been beaten around the face - I have two large burns on my nose, one on my temple and two on my forehead - and not one customer has commented!  I'd love to know that they think has happened to me.

My big tip to all of you out there reading this is to man up and go and have a full skin check up immediately.  It may just save you a lot of grief later.

Good on you Jen ... I may just have to get this done too. What were we thinking with all of that coconut reef oil hey!!

Good girl! The face heals in a week but don't be tempted to pick the scabs. Will leave scars.

Thanks for the post. I had been looking for something related and found your web site in the process.. I will definitely be back for more.